The Pelican is a unique three-wheeled mechanical sweeper vehicle known for its maneuverability and serviceability. Elgin’s street sweepers improve water and air quality and community health, and prevent water pollution. Since 1914, they have been committed to creating the toughest and most rugged sweepers in the market.

Elgin Sweeper chose to contract the project to Triz Engineering because of our ability to focus exclusively on the custom engine installation required for the project. By calling in a dedicated external team, Elgin Sweeper avoided shifting their own valuable engineering resources away from their core responsibilities; it would have been disruptive and risky for Elgin Sweeper to ramp up internal resources just for this custom project.

John Deere signed off on the installation and Elgin Sweeper passed all tests with comfortable margins. The project further improved the reliability and serviceability of the truck, while reducing costs by sharing components with other Elgin trucks.

The outcome of the project was a success as it finished on time and on budget. Pete DiBenedetto, Engineering Manager at Elgin Sweeper, commented that, “The involvement Triz Engineering Services had in regard to Elgin Sweeper’s Pelican 74hp EWX project was excellent. The on-site engineer was very thorough, professional and engaged in the production of the prototype unit, as well as responsive to any changes that may have been required. Overall, it was a great experience.” 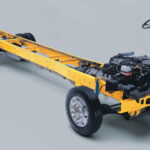 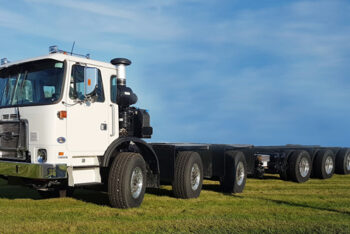